The Last Piece of Cake

A good man died on Saturday, March 26, 2022. Stephen Lee Swanda (born 9.10.60) passed away at home after nearly three years of kidney failure and its complications. In addition to me (Jodie Lynn Zdrok), he leaves behind a son, Adam and his partner, Haylee; a daughter, Kate, her husband, Paul, and a grandson, Logan; and three cats who loved him almost as much as I did.

This is a tribute, not an obituary, because I want to share who he was through my lens. So let me tell you about Steve. It’s a hard thing to do, to distill a man’s life to 1400 words knowing much will be left unsaid. But we’ll start here: A refined and reserved man who opened up to very few, he had a kind heart and a beautiful mind. He was brilliantly creative yet analytical, mild-mannered and emotionally intelligent. Life handed him quite a few lemons, and most of the time, he made ginger tea with lemon out of them.

Steve was born in Lincoln, NE (“I’m just a farm boy from Nebraska,” he’d say), and his family moved to Minnesota when he was a teen. From there he found his way to Connecticut, where he met and married Pauline (Badeau) and raised Adam and Kate. He always spoke of Pauline as a smart, kind soul who was a loving wife and mother. He cared for her when she passed away from scleroderma in 2002. He said he also wanted to be known as “someone who raised two good kids and enjoyed coaching their teams.”

In addition to coaching, he gave back to his community by being a volunteer fireman. Years later, when he moved to West Springfield, MA he joined The Rotary Club, where he served as Vice President and President.

Steve had a dry sense of humor with deadpan delivery. Although he’d jokingly refer to himself as a “clumsy athlete” and a “sometimes off-key singer,” he was in fact more than capable on both fronts. He played baseball, basketball, wrestling, and football in his younger days and liked riding his bike on trails later in life. Steve loved Boston sports teams but especially the Patriots, and he was a proud season ticketholder in old Gillette. He was also a NASCAR fan (go Chase Elliott!) and enjoyed a stock car driving experience several years ago. Steve was also an avid fisherman over the decades, from fly fishing in Montana to freshwater and ocean fishing in North Carolina and Florida with my father in recent years.

He absolutely loved music, particularly classic rock and jazz. Our nightly ritual was to listen to music during dinner, and he especially loved having dinner outside on the patio in warmer months. He played the guitar and picked up a dulcimer-style instrument in Asheville in 2020 (we sang “You Are My Sunshine” over and over again that weekend, because it was the easiest song to learn). Taking in live music, whether it was a concert in the park, our favorite jazz club, or a restaurant hosting a band, was one of his favorite recreational activities. He bought me a piano for Christmas 2021, and I know I’ll think of him every time I play it. What a wonderful way to take care of me.

If Steve cooked or baked for you, you were in luck. His teenage stint as a short-order cook made him a breakfast master, and he also excelled at comfort foods and grilling (my parents coined one particular grilled veggie dish “Steve’s vegetables”). He loved to bake breads and made the best cinnamon rolls I’ve ever had. During his final hospital stay, he was being treated for malnutrition, among other things, because his body rejected food. But that didn’t keep him from watching the Food Network, The Cooking Channel, or assembling one last bucket list of foods to indulge in (and he did).

In late 2020 he began a new hobby, model making. It brought together his passion for cars with his affinity for working with his hands. He became very proficient and liked the challenge of detail work and trying new techniques. And while we’re on the topic, his favorite owned car was a black ’96 Mustang convertible, and his dream car was a ‘69 Jaguar XKE.

Steve was my muse. I dedicated SPECTACLE to him (for always encouraging me to “roar and soar”) and to my parents. I bounced ideas off him constantly. We even wrote a 10-minute play together, DISEMBARK, and we had the joy of seeing it performed at The MacDuffie School several years ago. He was wonderfully imaginative and used to say he’d come up with the ideas and I’d add my poetry to them. All I know is I will miss turning to him to share and co-create.

Steve was an animal lover. His favorite dogs were his first dog, Pepper and his beloved dog, Travis, who was his family dog in Connecticut. Of our past cats, Stasiu Kitty saw him as competition, so Steve’s attempts at friendship were rebuffed, but he and Max were best buds. Minnie (17.5 years!) was his little chunky purr bundle, and he loved it when she walked along the back of the sofa to give him a head bump. He considered Paris Poe “the greatest cat who ever lived” (likely true) and is responsible for convincing me to keep Little Man, the gray kitten I found on a run, whom he then renamed Dorian Gray once it was official.

We didn’t get to travel everywhere we wanted to, not even close. But we made it to Paris, Turks and Caicos, Montreal, and the Bahamas. After moving from Northampton, MA to Raleigh, NC in 2018 we did some regional travel, including Charleston, the Outer Banks, Beaufort, and Asheville. We also took in the sunshine on many trips to Vero Beach, FL to visit my parents.

Living in Raleigh offered a whole new world: better weather, better jobs, a better apartment, and a fun, fast-growing area with plenty to see and do. We loved it here and felt like we were on top of the world with this new chapter.

Our path changed when Steve was diagnosed with kidney failure in 2019. Months later he began dialysis, and several months after that, he began a five-month journey that included six progressive amputations and a multitude of procedures. After he was discharged in April 2021 following bilateral amputations, we spent the next eleven months both enjoying the heck out of life (baseball games, concerts, the rodeo, Patriots game, Bruins game, WWE event, a trip to Beaufort, NC) and challenged by it. We remained on a roller coaster of health problems until several weeks ago, when Steve learned that the excruciatingly painful infection on his hands was calciphylaxis, a variation of the disease that took his legs. With no cure and a prognosis of infection and death or infection and hand amputations, he chose a third path: to end dialysis and pass away under hospice care at home, with me, his kids, and our cats carrying him through his final days.

There’s a lot I could say about the depth of love and connection in our relationship, but really, most of that is for us. I do want to share one aspect of our shared love language that, I think, says a lot about who we were to each other. We both had a sweet tooth, and whenever there were cookies or cake, one of us would inevitably leave it for the other. I can’t tell you how many times the last piece of cake was spoiled because neither of us wanted to take it. Eventually we announced it, but even then, we both wanted the other to have it. So we’d divide up that last piece of cake in two.

I’ll miss that, just like I’ll miss a thousand other things about Steve. And it will probably be a while before I can bring myself to eat that last piece of cake, even though it’s just me now.

44 responses to “The Last Piece of Cake” 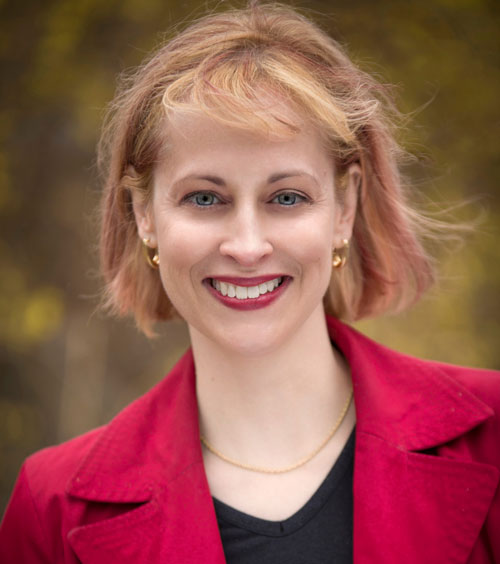 Jodie Lynn Zdrok holds two MAs in European History and an MBA. In addition to being an author, she's a marketing professional, a freelancer, and an unapologetic Boston sports fan. She enjoys traveling, being a foodie, doing sprint triathlons, and enabling cats. Spectacle is her debut.